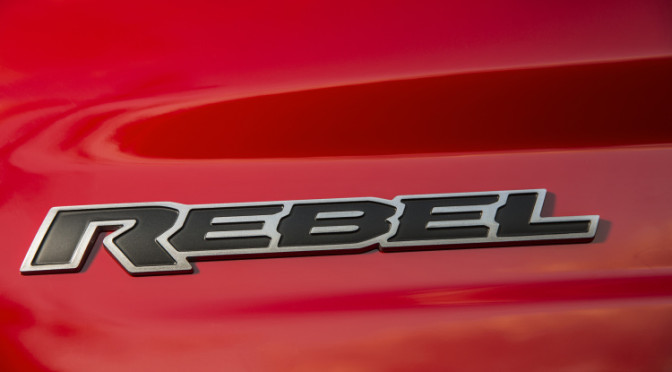 It is a life style pickup directed at the adventurous and young who like to get dirty and drive around various off-road terrains. In some segments it is similar to the previous RAM 1500 Outdoorsman which was made for the campers, fisherman, hunters etc. Rebel, as a lifestyle truck is more marketed to the gearheads, who already own jet skies, mountain bikes and other similar stuff. Some people thought this vehicle was made to compete with Ford Raptor, but it comes with much less powerful engine and construction and it is more likely that Rebel’s main rival is going to be the Toyota Tundra TRD Pro. 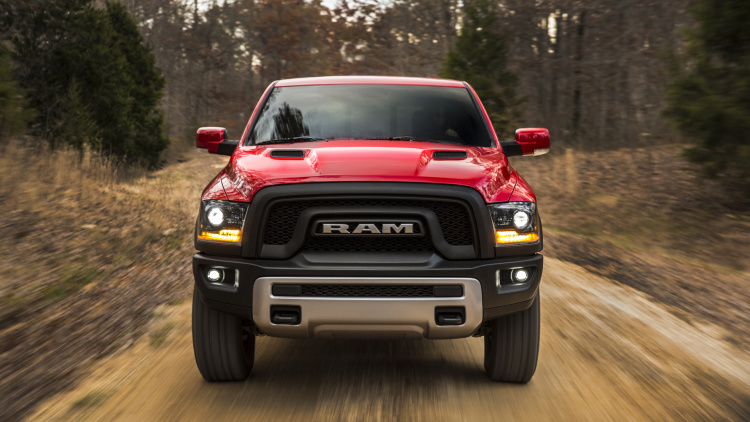 This brand is famous for its big and stylish grille pieces, and this version is no different. It comes with grain-finish motif instead of more traditional cross-hair grille we can usually see in other RAM trucks. This was introduced to point out the differences between this and other regular pickup trucks, and to give it more lifestyle oriented design.

In the front fascia there are few more changes including the new headlights that come with LED accents and are placed intro the black buckets, while fog lights also come with LED technology.

It also comes with stamped logo on the hood tonneau cover, few more badges than the regular pickups and blacked-out taillights. As we said earlier new model is much more off-road capable, partly because of its higher stance which has a lot to do with RAM’s air suspension that is one inch longer and it gives more space to the new Toyo Open Country A/T tires that are 33 inch big. It also comes with wheel flares that were taken from RAM 2500 Power Wagon and 17 inch alloy wheels.

New model comes with contrast stitching and badging on the good quality vinyl upholstery that comes with similar pattern as the Tyro tires scheme. It also has all weather floor mats and removable carpets. Central console comes with some additional cup-holders and angled prop which is very convenient for placing your smartphones.

There are only two engines on the offer one is 3,6 litre Penstar V6 and the bigger and more powerful 5,7 liter HEMI V8 engine. Futuristic 3,0 liter diesel engine that comes in several other RAM models is not going to be offered with this truck.

Prices haven’t been release yet, but we believe the new model is going to cost few thousand dollars more than the Big Horn trim level which can be bought for $31,940 for the current model year.