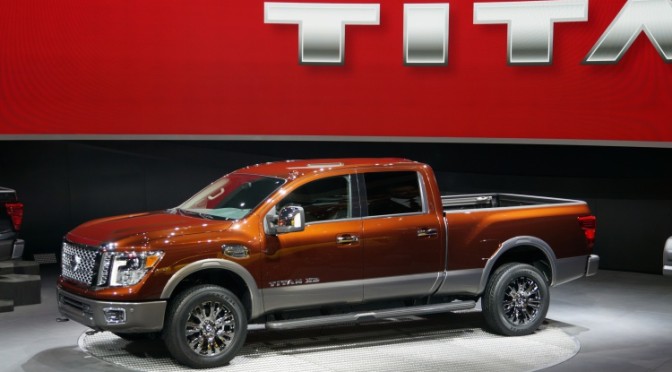 New model is upgraded and comes with XD abbreviation in the end of its name. Since the old Titan was a 1500 Silverado rival, new model is little bit bigger and if we compare it with Chevy Silverado it would be somewhere in between 1500 and 2500 model (2000?). Standard Titan will Continue with its production, but the company hasn’t revealed anything about the new standard model.

New model will be offered in Crew, King and Single Cab versions. There’s also going to be the few trim levels including top of the line luxurious Platinum Reserve and rugged performance and off-road oriented Pro-4X.

This trucks looks really nice, but not so much original, although it is very hard to make anything original when it comes to pickup’s exterior design. One of the updates are full LED headlamps, running lamps and taillights.

In their press release Nissan likes to brag that this truck is here to combine the commercial appeal of the regular Titan and vehicle that gets the job done. XD comes with 5,0 liter Cummins V8 Turbo-Diesel engine. It is able to tow 12,000 pounds and it has another 2,000 pounds of payload capacity. Its engine is combined with six speed Aisin automatic transmission and is is able to produce 310 horsepower and 555 pound feet of torque.