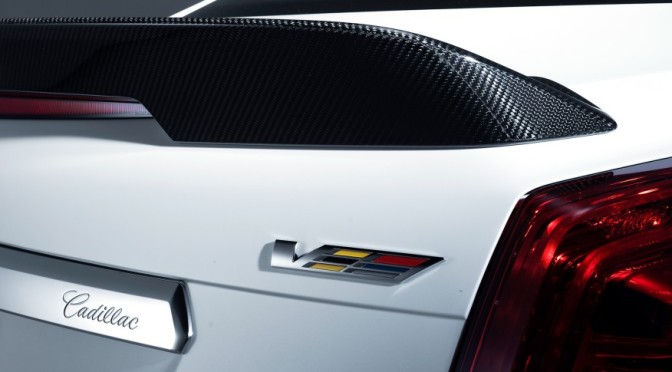 For all of you who thought that Cadillac is the vehicle for old fashioned middle age Americans that doesn’t give too much attention to some modern luxury vehicle trends, this model is here to prove you were wrong the whole time.

CTS is produced since 2003 and it is aimed to compete with European high performance luxury vehicles from Mercedes, BMW and Audi, but it never really got the chance to do so, since this being a highly modern and futuristic class of power and torque monsters. New model is technically the best one that ever came out, and Cadillac needed only two generations to build something like this. This model will compete with Audi S, BMW M and Mercedes AMG and it actually represents the sedan version of Chevy Corvette.

First third generation model comes with 6,2 liter supercharged V8 engine, this is very similar to the Corvette engine and it comes with faux aluminum pistons, powder-metal forged connection rods and intake valves made from titanium believe it or not. It also comes with different way of lubrication the engine since Corvette comes with much lower hood it needs oil reservoir placed far from the engine, which is not the case with CTS-V.

Another difference between this car and the famous Chevy’s sport coupe is the different output, since Corvette comes with 650 horsepower and the same amount of torque, while the model we are writing about here comes with only 640 ponies and 630 poiund feet of T. It will be able to reach 62 mph in less than 3,7 seconds which is better than BMW M models but still far behind Merc’s AMGs and Audi models. When it comes to maximum speed , chief Cadillac engineer Tony Roma said this is the thing his team is going to give the prime attention to and we all hoped to see some really high numbers, but now we only know that this model will hardly exceed 200 mph.

When it comes to transmission we all hoped for manual option, but it seems we are only going to get the eight speed automatic 8L90 transmission.

New model comes with numerous updates in its chassis that are placed there to make it more strong and stable. This includes stiffer springs, stronger bushings and anti-roll bars that will be much bigger than the usual ones. Transmission response will also be much quicker do to suspension updates that include installment of two lower links that will come instead one control arm. New vehicle will also have electronically controlled limited slip differential and modified heat exchanger that is going to connect to the cooling circle that’s placed together with vehicle’s transmission.

Third generation CTS comes with brakes constructed from the iron disc brakes that are placed on the aluminum hats and are 15,4 inches in the front and 14,4 inches in the back. They are also squeezed by six and four piston calipers, same ones that can be seen  in Chevrolet Camaro Z/28. Rear brake discs are  much bigger than usual ones seen in this kinds of vehicles, and they are going to be forbidden in some of the race cups this vehicle is taking part in like the World Challenge for example.

Pilot Super Sport tires are going ton be placed on this vehicle, and their dimensions are going to be 265/35-19 on the front wheels and 295/30-19 in the rear. They will come with two different rubber compounds and this will prolong life of each tire and increase cornering grip.

Street racer styling comes with the angry looking hole in the hood that’s made out of carbon fiber and wider fenders than in other similar models. If buyers choose the optional carbon fiber package they are going to get Gurney flaps in front of the front wheel wells, longer splitter and a rear diffuser made out of carbon fiber. Its rear spoiler is also going to be much taller than in the regular version. It will also come with the carbon fiber shaped like letter V on the car’s hood. One of the bad things about this package is that it comes with almost the same weight as the regular model, but with much aerodynamic lift.

New generation CTS-V is going to cost around $85,000 if buyers choose some of the high price packages and the price of base version will probably be around $65,000.