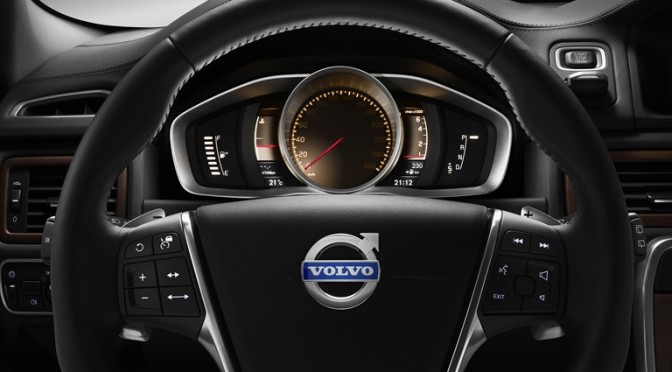 Like old school Volvos this crossover-station wagon offers futuristic safety technology, together with functional and comfortable ride. In addition to that in the new model year XC70 comes with a new more fuel efficient engine options, while saving the old engine on the all wheel drive models.

This vehicle is slightly bigger than the XC60, but it lacks a little bit more stylish exterior features the smaller crossover comes with. Largest vehicle from XC range is the XC90 which is going to be replaced with the brand new model in 2016.

This vehicle uses the same platform as S80 large sedan, and in the earlier years of its production it was sold as the V70 station wagon, but since the crossover looks started taking over, it received a name change together with the beefed up exterior looks. These include higher stance, body armor and skid plates, which all together give much more sportier look to this crossover-wagon.

Like almost all other Volvo vehicles XC70 offers very comfortable ride, seats for adults even 6 foot tall and very comfortable even during longer rides. There is floating central console in the front and very functional controls. It is possible to fold down rear seat which provides incredible 72 cubic feet of cargo area.

Standard version comes with a long list of interior features that go from dual-zone climate control, Bluetooth, heated side mirrors, satellite radio and fog lamps. Upgraded T6 all wheel drive version comes with much more luxury that includes woodtrim, leather upholstery and moonroof. There’s also a surround sound system, made by Dynaudio that’s 650 watts powerful, rear view camera, heated and ventilated front seats and few other luxurious and useful features on the outside. Buyers are able to choose Tech Package as well, with who they receive Road Sign infotainment system and Active High Beam.

This vehicle still hasn’t been tested by the NHTSA or the IIHS, but as you can imagine, like earlier Volvo models it comes with a long range of safety features. One of those is the Blind spot monitoring system which is something that Volvo engineers invented, cruise control, lane departure warning, Pedestrian Detection, which is able to stop the car in the lower speeds or slows it down in higher, when it detects pedestrians in front of the vehicle.

If you decide to buy the standard front wheel drive version, you will get the new 2,0 liter twin-turbocharged engine, which is able to produce 240 horsepower and 258 pound feet of torque. It comes with the new eight speed automatic transmission. There’s also a new start-stop system that turns off the engine during a longer stop and automatically restarts it after the driver shifts off the break pedal. Same new engine comes with 2015 Volvo V40 Cross Country off-road capable station wagon, and Volvo is planing to introduce this engine to numerous other models from its range, and cut the costs of its production that way.

When it comes to AWD models there will be two engines to choose from. One is regular 3,2 liter V6 that is able to produce 240 horsepower, while T6 models will be able to produce 300 horsepower with its 3,0 liter turbocharged six cylinder engine.