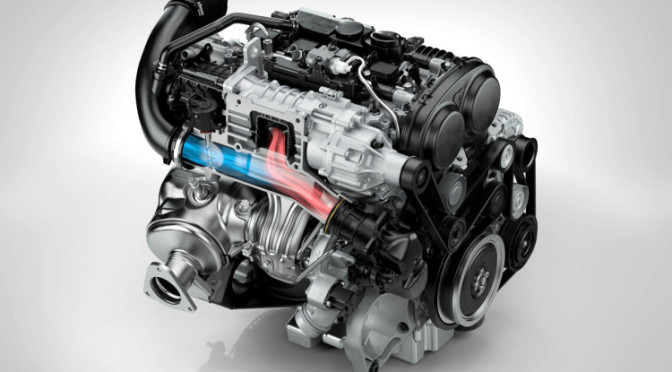 New Cross Country version of the standard station wagon comes with much more crossover in its looks. It is placed 40 mm higher than the standard V40, it comes with updated front fascia, including black bumper and a new grille design and DLR lights. It also comes with a new 19 inch alloy wheels, with shinny diamond rims. In the back we can find a different rear bumper with integrated skid plate.

When it comes to interior, new model received a new interior design colored in Espresso Brown, new leather upholstery that is made out of much more quality leather, and now it has enough space to accommodate 5 adult people easily. Cargo room is also increased, with a possibility to fold rear seat, as well as front passenger seat and increase cargo area drastically.

In the rear it comes with standard Parcel Shelf Net and Load Organizer. On the doors you can find another storage bin, called the “smart storage” which is great for storing smaller objects like CDs or USB players and sticks. It comes also with Electronic Climate Control System that’s especially useful in the glove box where it can cool the beverages, placed in it.

This segment is the one that went through biggest changes in this model year. Its new E Drive powertrain will be able to produce 245 horsepower and 258 pound feet of torque. It is going to be a turbocharged four cylinder engine, and few other Volvo vehicles are going to come with the same engine. Another new thing is the transmission, new eight speed automatic is going to replace the old six speed gear box. We can expect increased fuel efficiency with the new engine, and a decrease in CO2 emissions, that will be cut to 149 g per km. Another new thing is the all wheel drive, which was long anticipated.