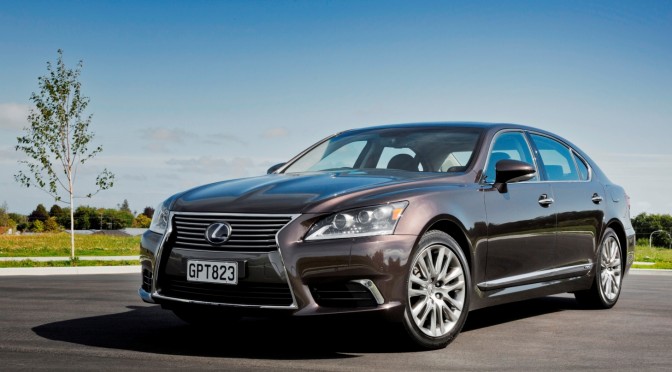 There are rumors that the new generation model is going to keep the range topper position in the Lexus line up, and that it is going to become bigger and even more luxurious than before. One of the changes that are going to come with the new model is the longitude increase and the same goes for its wheelbase.

Current model is competing with Mercedes S Class and similar vehicles from Infiniti and Accura range. From now one one of the biggest rivals of the new Lexus Ls are going to be Jaguar XJ and Porsche Panamera. This means we can expect even more elegance, more speed and more luxury in 2016 model year. Alain Uyttehoven said that the new model is going to look more emotional than the models we are used to. This means they are planing to bring LS closer to the iconic European luxurious vehicles, and might come with some nice additional curves in the rear area, as well as completely different grille, headlights and even the whole front fascia.

When it comes to performance segment, new vehicle is definitely going to be faster and more powerful than the current model. There are rumors that Toyota plans to replace the current 4,8 liter V8 engine with bigger and much more powerful 5,0 liter V8. We still don’t know much about the future vehicle’s output, but there are also rumors that Toyota is planing to introduce a high performance version of this vehicle. This would be a real treat for the speed freaks, especially because the new high performance Lexus LS F would come with 5,0 liter twin-turbocharged V8 beast under its hood, and it will be able to produce no less then 600 horsepower.

New model is definitely going to be more expensive than the current one. 2015 Lexus Ls can be bought for $66,717 for the standard version, and the new generation vehicle might even be sold for $70,000, and few thousand more for the high performance Lexus Ls F.