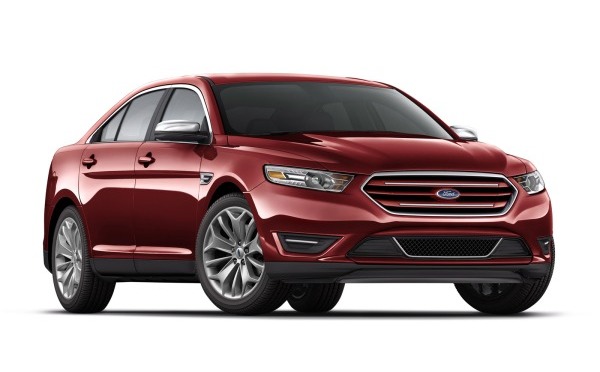 As we mentioned in  the previous section of this review, this vehicle will receive the new platform, and it is going to be the stretched and widened Fusion platform. This change will make this vehicle more functional and spacious on the inside, since the older Taurus models are known to be quite big on the outside, but that hadn’t been reflecting their interior space. Another change when it comes to the new model is a weight decrease. 2015 Ford Taurus weight was almost the same as Audi A8 L one, and Audi model is much bigger vehicle than Taurus, but it uses a lot of aluminum parts in its construction. Rumor has it that Ford plans for the new Taurus weight to be between 3,500 and 4,500 pounds.

The biggest news in this segment for 2016 model year is the introduction of new transmission into the 2016 Ford Taurus. Ford plans to introduce nine speed automatic transmission, which will improve this vehicle’s fuel efficiency. There’s still no news about which engine is going to be under new model’s hood, but most reviewers think that the 2,0 liter turbocharged four cylinder is going to be kept, and that the new engine might come from the current Ford Mustang, which will give new Taurus a 2,3 liter EcoBoost engine as a replacement for naturally aspired V6 that comes with current model.

How Much Tax Deduction Will I Get For Donating Used Ford Taurus to Charity?

These sums are for donating 2000 Ford Taurus, with no additional equipment, in average state and with 250,000 mileage.

On this link you can download owner’s manuals for Ford Taurus, for models made between 1996 and 2006.

Only celebrity we’ve seen driving a ford Taurus, was Will Smith, on a  Men in Black 3 film set. He owns a modified mean looking older Ford Taurus model. Another movie where Ford Taurus was seen was a RoboCop from 1987.

What Girls Think About Ford Taurus?