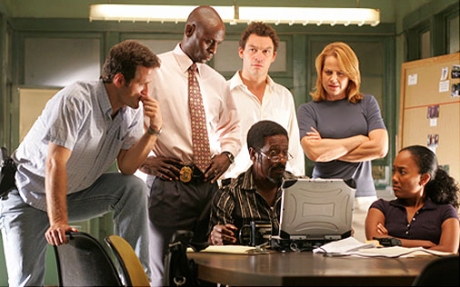 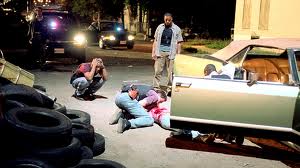 This old luxury vehicle fits perfect with the guy whose time simply passed, together with his clean record which was the only reason Avon and Stringer kept him close. Continental is a real luxury model, something the owner of strip joint would normally drive, but since Orlando’s Lincoln is more than 20 years old, and it is definitely not a collectors item like some low ride Impalas and other similar luxury vehicles, it is easy to figure out that Orlando gets only small pocket money for managing the strip joint that’s named after him. Instead of spending his pocket money on buying a nicer car, he tries to enter the game, and involve some other people in his shady cocaine scheme. Shady and dangerous, because his main supplier is no other than a DEA agent, and he sends Orlando to jail, where he tries to flee by snitching the whole organization all up to Avon. This where Orlando’s car takes the lead in one of the most dramatic scenes of the whole series, with Savino on the passenger seat, and Kima in the back showing all of her feminine side that we somehow missed while seeing her jumping on roofs with camera and a baseball cap. “Player Haters” beats from the car radio add even more drama, while two hooded guys approach, and point their guns at the poor old Lincoln Continental. 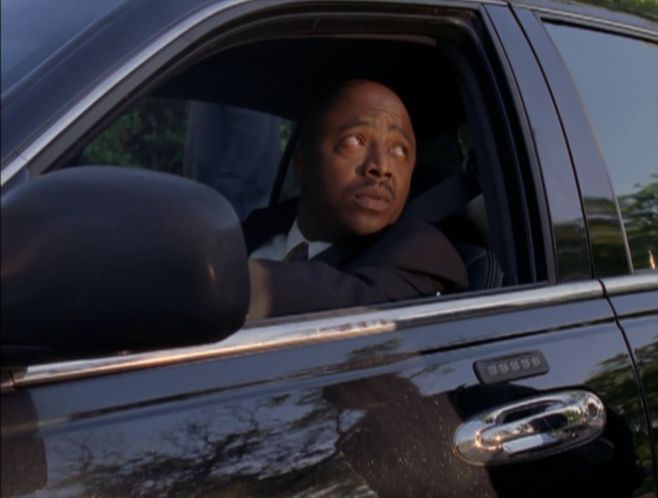 Shiiiiiiiiiiiiiiiit!!! This is not Day Day’s car, it is owned by one of the biggest villains in this series, who’s not a drug dealer or a woman smuggler. It is reverend Clay Davis’s luxury ride, respected politician who managed to dive deep into Stringer Bell’s pocket, as well as in pockets of all other tax paying citizens of Maryland. In the end when we thing The Wire is that kind of series in which bad guys got what they deserve, producers give us painful reality slap. Sleazy politicians always survive.

Lincoln Town Car is important because it drew attention of the police while it was driven out of its natural habitat, which later lead to Day Day’s arrest and the discovery of bag full of drug money in the car owned by State Senator. This represents the first introduction of dirty politicians to the series viewers who thought they are only going to watch few seasons of police and gangsters chasing each other around the project labyrinths. While in fact the big game is played on much higher levels. 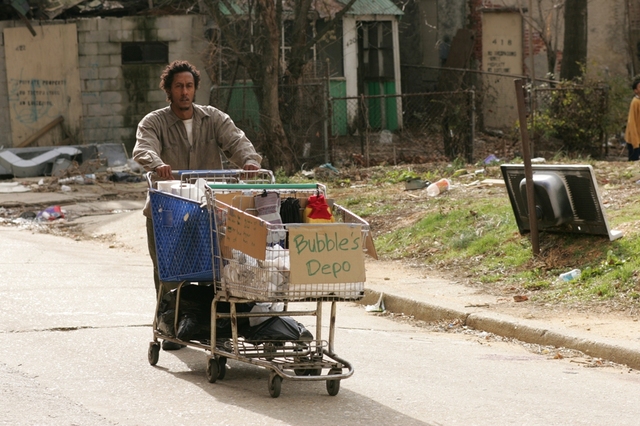 Although he doesn’t have a car, Bubbles is one of the key characters in The Wire series, his role was masterly played by Andre Rojo, who while preparing for the set was approached by a local dealer in Baltimore and asked does he need a vial, since he looked totally like a drug addict. Actor called this event, a Street Oscar receiving ceremony. Bubbles character was based on famous Baltimore informant called Possum, who snitched numerous drug dealers and met David Simone few times before the series was filmed. Bubbles story is probably one of the most romanticized in the whole series, since the Possum died from AIDS, while Bubbles enjoys dinner with his sister’s family in the last episodes of the series.

His shopping cart means whole life to him, at least while he lived on the street. Although small it can be used as a very efficient transport vehicle, since Bubbles use it to transport the goods he sell and the scrap metal he steals from time to time. Its something like a homeless Ford F150, and Bubbles’s street depot would never become the Baltimore project’s Walmart. 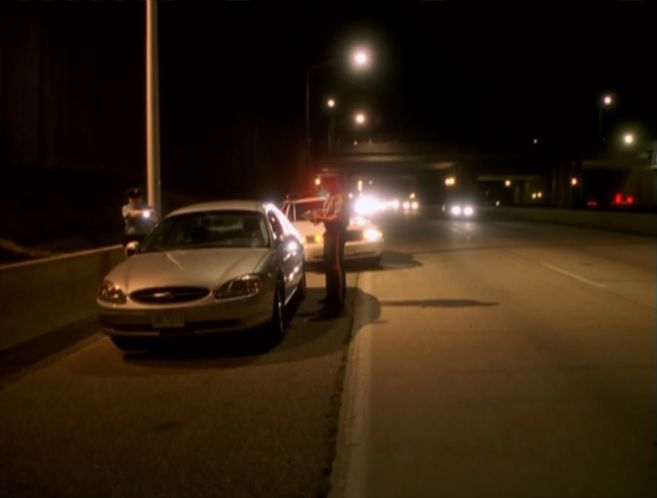 Actually this vehicle is probably not owned by D’Angelo at all, but it is the car which marked the beginning of his failure, from being arrested with trunk full of drugs he was transporting as his uncle’s mule to him mingling with becoming an ordinary snitch, his wife cheating him with the guy who later organizes his murder to this fatal event in the prison library.

This is the car that really brings bad luck and I hoped they totaled it right after the end of the shoot. Ford Taurus is one of the best selling vehicles in United States and it is a logical choice for this kind of ride, in which the whole shipment needs to keep its low profile. Of course Barksadale organization didn’t count on the fact that police has all the pieces of the puzzle, which made D’Angelo a scape goat who took the one for the family, which he took very personal and was on the verge of snitching all of its cousins and associates. One visit from his mother changed everything, like it always does, because the first thing your mother teach you when you are a kid growing up in West Baltimore is: “Don’t snitch!”.

Cars From The Wire Series Part 1