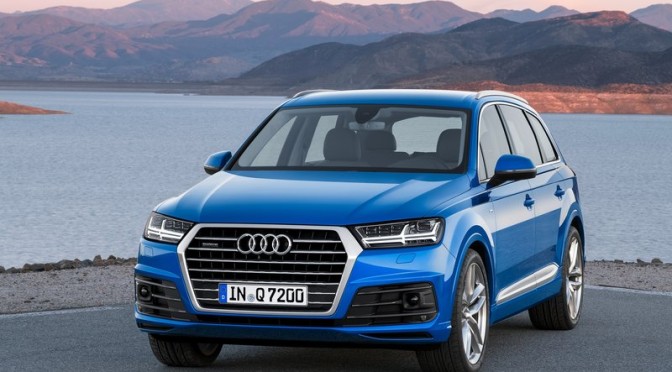 2016 model comes based on the new platform that’s called MLB Evo. this represent the first updated version of the standard MLB  and it is much lighter than the  standard MLB because of the materials used in its construction. It contains out of some though ultra high strength steel frames with in-sculpted aluminum and other light weight material castings that are mostly placed in the front and the back of the vehicle.  Doors, handles, hood and hatch are made completely out of aluminum. This means that the new model comes with 716 pounds less than the previous model, with the overall weight of 4,398 pounds making it one of the lightest vehicles in its class.

Exterior shrank for  a bit and the new model is 1,5 inch shorter than the current one and 0,6 inch narrower. Its high is the same as before.

Although this vehicle have been shrunken for a few inches in the overall length and width it received a few more inches in its interior. It comes with 0,8 more inches between the first and the second row and 1,6 additional headroom inches in the front and 0,9 in the back.

Almost everything inside the car is controlled by the MMI all-in-touch interface, that comes with the best and the most functional layout for this model year and it allows driver and passenger to play with maps, search places by just typing a few letters of its names, zoom in and out etc.

It also comes with the new voice recognition system that understands phrasing from usual everyday language, which allows drivers and passengers to use numerous different words for the each command.

New hi tech features include also the Google Android Auto and Apple CarPlay that allow this vehicle to be connected to the smartphone. There’s also a new Driver Assistance Package that includes cruise control and traffic jam assistant which is able to make a car crawl without driver’s help. Audi engineers also predict that even more cutting edge technology and a new hi tech feature will come soon and became part of this fantastic package. There are also some new better quality materials including a vast use of soft touch surfaces and plenty of aluminum and woodtrim.

There’s also a possibility that Audi will introduce the new plug in hybrid version of this crossover, called 2017 Audi Q7 e-tron quattro. This vehicle will come with the regular 3,0 liter TDI combined with electric motors with 373 horsepower of combined output and amazing 516 pound feet of torque. New model will also come with great fuel efficiency of at least 138 mpg and it will be able to reach from 0 to 62 mph in only 6 seconds.