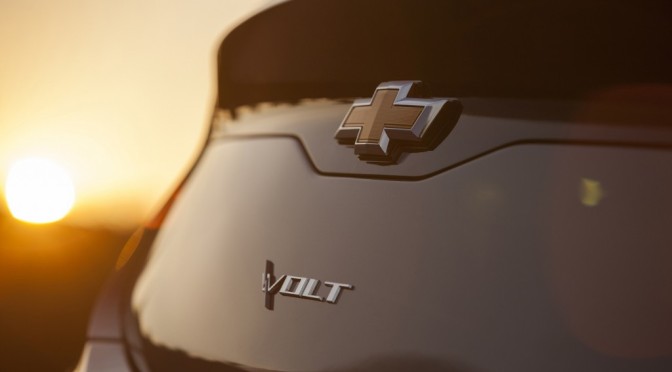 Last night we saw a smaller promotion of this vehicle, on which it was hard to recognize the shape of the new model. It is still unknown is this vehicle going to be hatchback like in previous model years or sedan, like some rumors say. The best photos from new Chevy Volt teaser premiere were taken by Gizmodo photographers and delivered together with the story about this event.

New model looks much less futuristic than previous models, and especially than some other vehicles from its class, like Toyota Prius. We are still not sure about the engine new Volt is going to come with, since Chevrolet haven’t issued any statements concerning this matter, nor they presented 2016 Chevrolet Volt specs. Rumors say that the new model is going to come with 1,5 liter four cylinder engine combined with two motor generators and lithium ion battery set. They also say it is going be much more quiet, fuel efficient and that it is going to offer much better performance.