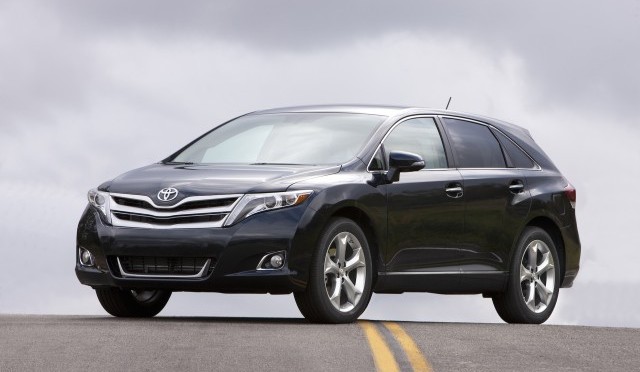 Toyota Venza is one of the most original vehicles when it comes to exterior styling. First thing that catches the eye is its strange shape. It is something in between tall station wagon and hatchback with few SUV curves. This vehicle is a  small crossover, and it is slotted between Toyota RAV4 and Toyota Highlander. It is just slightly bigger than RAV4 and unlike Highlander it comes with only 2 seat rows. It is also $1,000 more expensive than its third row Toyota counterpart.

2015 Toyota Venza comes with nice and original interior design as well. Some of the materials used in building Venza’s cabin are look a little bit cheap, like for example the fake wood trim, that really doesn’t give an impression of real wood, but other than this few cosmetic remarks its overall look is more than nice. Front seats can be little bit uncomfortable for the longer rides. Back seat is nice and comfortable and it comes with plenty of leg and head room. It also comes with highly useful folding mechanism and it can be folded to the ground level which drastically increases cargo area, that’s already big enough.

Base version comes with 2,7 liter four cylinder engine that comes with 181 horsepower output. This engine is everything but peppy and responsive so it might be a good idea to go straight to 3,5 liter V6 that can produce 268 horsepower and comes with good fuel efficiency. Handling with both engines is little bit problematic, but it is far from being bad.

Price of the base version of 2015 Toyota Venza is $28,915. Base version comes with four cylinder engine and front wheel drive. This vehicle is offered with plenty of different packages and all of those influence its price. Highest trim level is Limited and it comes with 3,5 liter V6 engine and all wheel drive. It can be bought for $39,750.