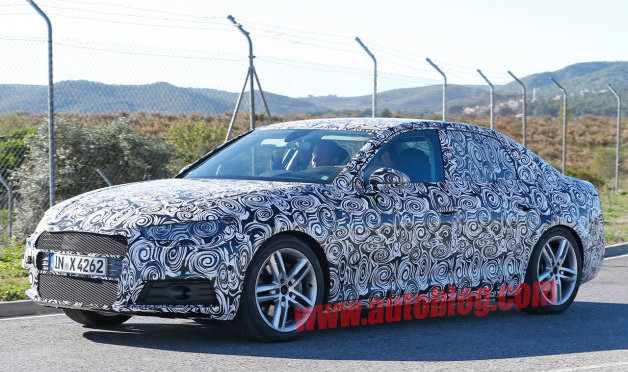 New generation Audi A4 Spy Photos were shown online few days ago. This vehicle will undergo numerous exterior, and we hope not just exterior changes. It was necessary for this  vehicle to change something since it is basically the same since its 2008 release, with only small changes it underwent with the 2012 mid generation update.

These changes will make Audi A4 more competitive with its main rivals on the market, above all new Lexus, Mercedes-Benz and BMW luxury sedans. New model will receive numerous changes in the front part, with some obvious influences that came from Audi TT model. It is going to come with a upright grille and most of the mentioned third generation TT styling features are going to be placed around the new grille.

We expect this vehicle to be presented in September on 2015 Frankfurt Motor Show, and these are the first spy photos of this vehicle that have been released.