”…In the sun or up in the shade, on top of my Escalade…”-Ludacris

This full-size luxurious SUV was the first utility vehicle made by Cadillac Division of General Motors. First model came out in 1999, as an answer to the Lincoln Navigator. First model was almost the same as GMC Denali, but later GM gave this vehicle a real Cadillac theme. This vehicle went through four generations, with fifth generation vehicle being released for the 2015 model year. In 2008 hybrid version of this SUV was added to the line up.

Release of this vehicle was followed by the upscale debut made in NYC in August. New model comes with various updates as part of the new fifth generation package. It comes with different engine, and third generation magnetic shocks in the base version. This is not surprising, both Chevrolet Suburban and GMC Yukon Denali came with large improvements for this model year. This makes GM very competitive in the full-size truck and SUV class.

Changes that came with this model are similar to the ones we saw earlier on Tahoe models. Front fascia comes with a large grille with chrome edges that go far under the bumper and more chrome in the three horizontal lines going across. It also comes with five different sections of LED headlamps. From the side it we can see nicely-shaped doors and practical power-running boards. In the rear we noticed new brake lights in a form of thin worm on upper tailgate and some more LED light tubes that are trying to copy the design of the old Volvo 850 wagon.

Comparing to the other two GM SUVs, this model has the most refined interior. It comes with a 12,3 inches large display panels where gauges and CUE system are located. CUE is maybe not the best, but it is a decent replacement for Chevy’s MyLink. New model comes with increased comfort and the cabin that’s much more family friendly than in previous years. In the front there are 4 additional inches of legroom, and seats are much more supportive than before. There is also additional 1,5 inches of headroom in the front that offers increased visibility. New model’s cabin comes with much better soundproof, which is partially because of the new flush-mounting door design. When it comes to safety, there is an optional Driver Assistance package. There’s also a new central airbag that comes in between front seats. Cargo space can be increased by folding the third row seats that are power-folding, all the way to the floor level. Second row can also fold,, although not all the way, which gives a huge cargo space, while original luggage area is little bit smaller than in previous model year.

New model comes with the most powerful engine out of all three GM SUVs. Its 6,2 liter V8 is direct injected, very powerful and amazingly quiet for its size. It comes with 420 horsepower and 455 pound feet of torque. It can reach 60 mph in 6,8 seconds.

We are not going to mention the other two GM SUVs in this section. Main rivals of the 2015 Cadillac Escalade are Lexus LX 570, that comes with slightly less powerful engine and little roomier interior. Another rival might be the SUVs from Mercedes’s GL Class. These vehicles come in different engine sizes and power from V6 to 5,5 V8 monsters. Upper models of this class offer much more premium options than Escalade, but are much more expensive too.

Base version of 2015 Cadillac Escalade with two wheel drive can be bought for $72,690. For the range topping model you’ll need to pay approximately $9,000 more, while the four wheel drive costs additional $3,000.

2015 Cadillac Escalade got its name from tactics that was used in Middle Ages for jumping over walls of besieged cities. From 2003 until 2010, it was each year the most stolen vehicle in the whole United States. This vehicle is very popular among rappers, as well as athletes like Tiger Woods and Jason Kidd, and last but not least rich soccer moms.

What Girls Think About It? 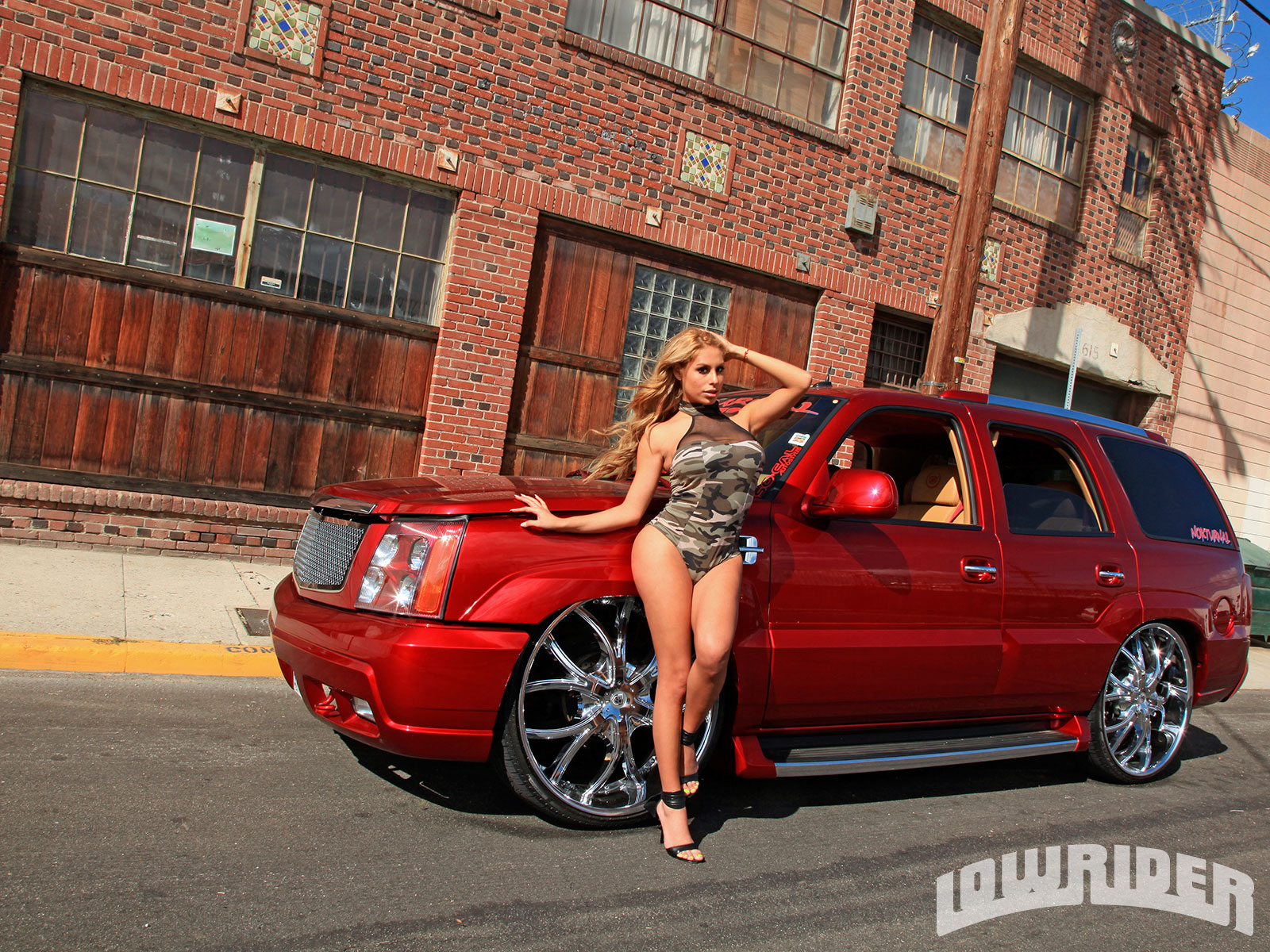