These are probably the two most legendary American vehicles. They defined pony car class, and their rivalry lasts since the sixties. It is a fact that Mustang came before the Chevy’s model, which is the reason for Mustang fans to think that Chevrolet’s model was a answer to the high popularity of Ford’s first pony car. While Mustang was produced continuously since the sixties, GM came with a little pause from 2002 until 2009 in pony car production. First Camaro model was based on earlier GM’s sports coupe called Pontiac Firebird, another legendary GM vehicle. Ford’s model on the other hand was almost original, besides sharing some of the platform elements with Ford Falcon, popular compact sedan of that age.

2015 Ford Mustang was meant to be sold worldwide, so everybody expected it to come in much smaller size. This simply didn’t happen, so for this year it comes just a little bit smaller than Chevrolet’s model. Only place where Ford’s model comes bigger is the rear part where it is wider for 3 inches. Mustang is generally lighter than Chevy’s pony, but this year the difference is much lesser, although Ford decided to install some new aluminum elements in its body. Still difference is around 200 pounds, when comparing GT and SS models.

Last few Camaro models came with a lot of styling compromises. Chevrolet gives a lot of attention to this car’s exterior styling which decreases its outward visibility, since it comes with a ”tank-slit” forward view. On the other hand Mustang comes with A-pillars that are moved slightly rearward, which gives more upright look to its cabin. Both cars come with telescoping steering wheel, retro styled gauges and Recaro seats in higher trim levels. Ford’s model has a slight advantage when it comes to interior features, since it comes with cruise control and keyless entry in base version.

This is the most important segment when it comes to pony cars. At the moment we know that 5,0 liter V8 from that comes with Ford Mustang is the stronger than both Camaro and Dodge Challenger V8 engines. It comes with an output that’s 10 horsepower bigger than 426 hp of the 6,2 liter V8 that can be found in an SS model.  When it comes to torque, GM’s 6,2 liter comes with 20 more pound feet of torque than Ford’s 5,0 liter.

Base V6 engine of the Chevrolet’s pony is 23 horsepower stronger with its 323 hp than same class engine seen in ford Mustang, whose 3,7 liter V6 comes 5 horsepower weaker than last year’s model, with only 300 hp.

Ford’s pony also comes with inline four cylinder’s EcoBoost engine which can’t be found in Camaro’s line up. This engine can produce 310 horsepower and 320 pound feet of torque.

Car Insurance Rates for regular Ford Mustang in Ohio which is the least expensive state for this kind of services will cost you $872 for a base version and $961 for a GT version, while for Camaro these prices go from $844 for regular LS trim, up to $941 for the top SS trim of this car’s line up. In Michigan which is the most expensive state when it comes to car insurance, to insure base version of famous Ford’s pony car you will need to pay $2,419 and $2,701 for a GT version. In California insurance for regular model costs $1,889, while for GT version it can be bought for approximately $2,095. Chevrolet Camaro insurance rate in Michigan is $2,382 for LS trim level, while the SS trim level insurance can be bought for $2,587. In Cali for this base version of this pony car you will need to pay $1,820, while car insurance for the SS trim will cost you $2,126. Texas insurance rates are little bit less than the ones in California, so expect to pay from $1,515 if you choose Chevy or $1,559 if you choose Ford’s pony car base version. 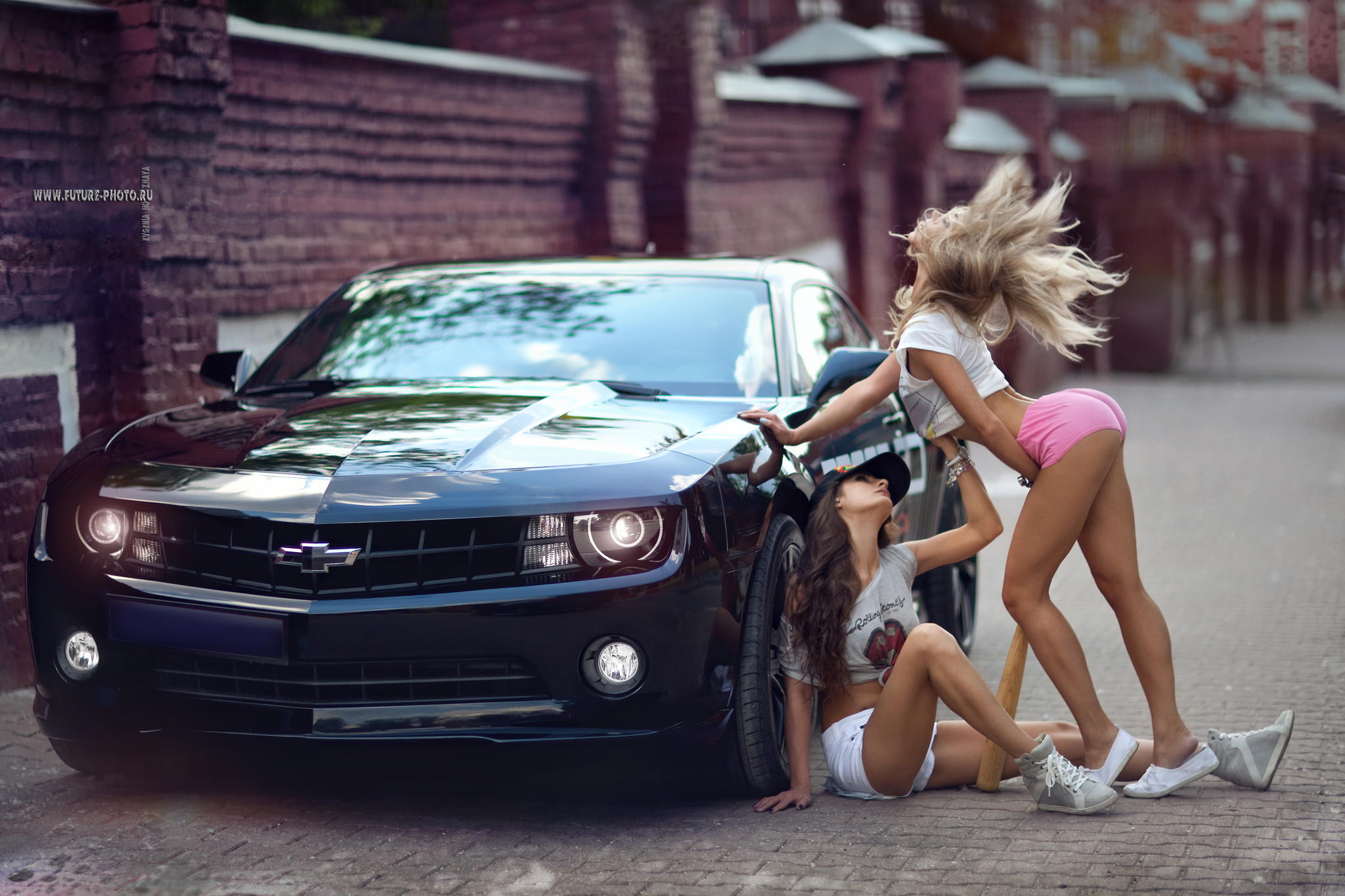 What Girls Think, Which One Is Better?

For this segment of the article we consulted my friend from Belarus. She is more a crossover fan, with a long driving experience, but she also knows a thing or two about sports coupes. She said that the both coupes are aiming at the male crowd. If she would need to choose, she will definitely choose Mustang, since it comes with much less evil look and aggressiveness. To her, Camaro is a bit too much of a ”men only” type of car.